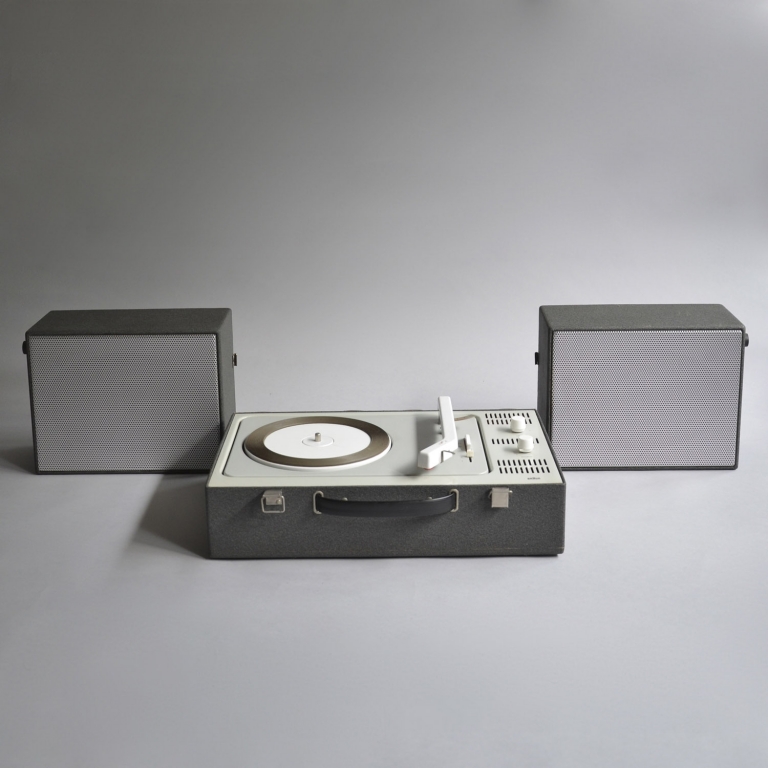 Dieter Rams: Braun PCV 4 10,326
Industrial design, Electronics
Design by
Dieter Rams
Portable record player case with integrated valve amplifier and speakers. The PC 4 phono module used here appears in a number of other designs from this period, including the Atelier 2 and 3, SK 6 and 61, PCK 4, and PCS 4.

The module was a revision of Wagenfeld's PC 3-SV, bringing this element in line with the more austere geometric style in development around 1960. However, with a tonearm that could not be adjusted and a crystal pickup, the module fell short of the HiFi technical standards also beginning to be adopted at the time. Until the middle of the 1960s the Braun programme was divided between portable, relatively inexpensive light weight devices (such as the PCV 4) and substantial fixed position HiFi systems. The PCV 4 was withdrawn in 1967, the point at which the last of the lightweight lines were phased out. 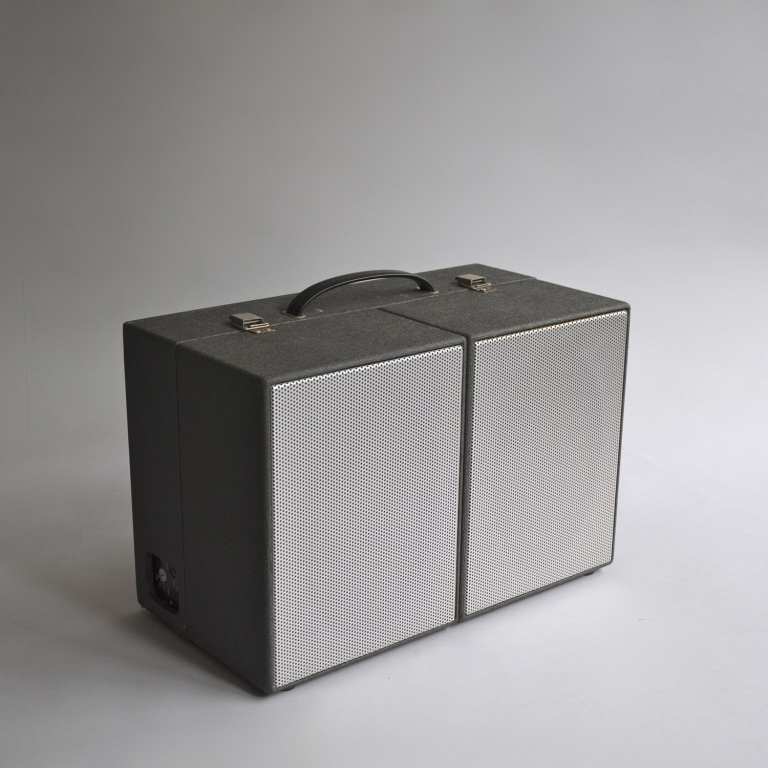 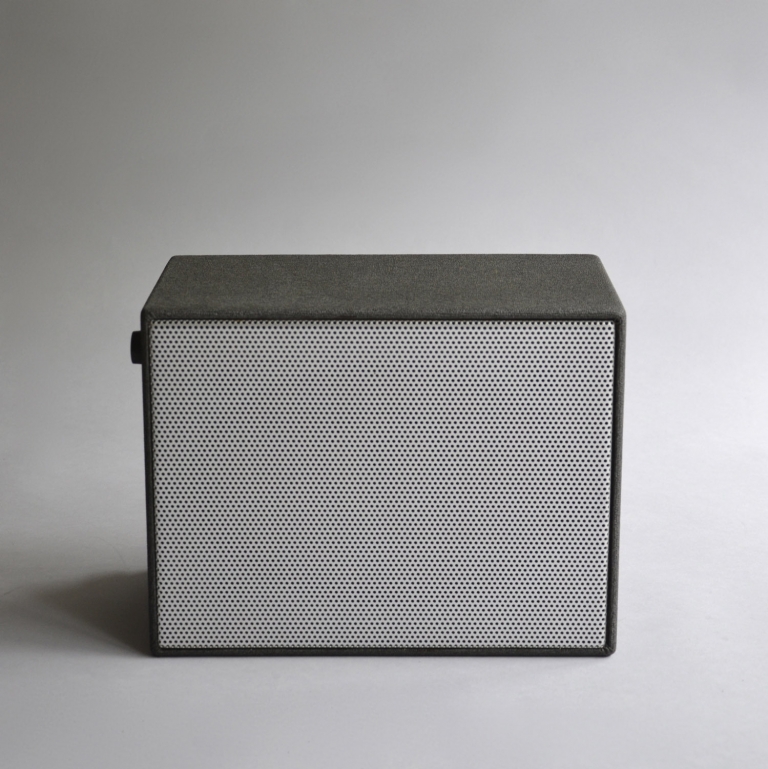 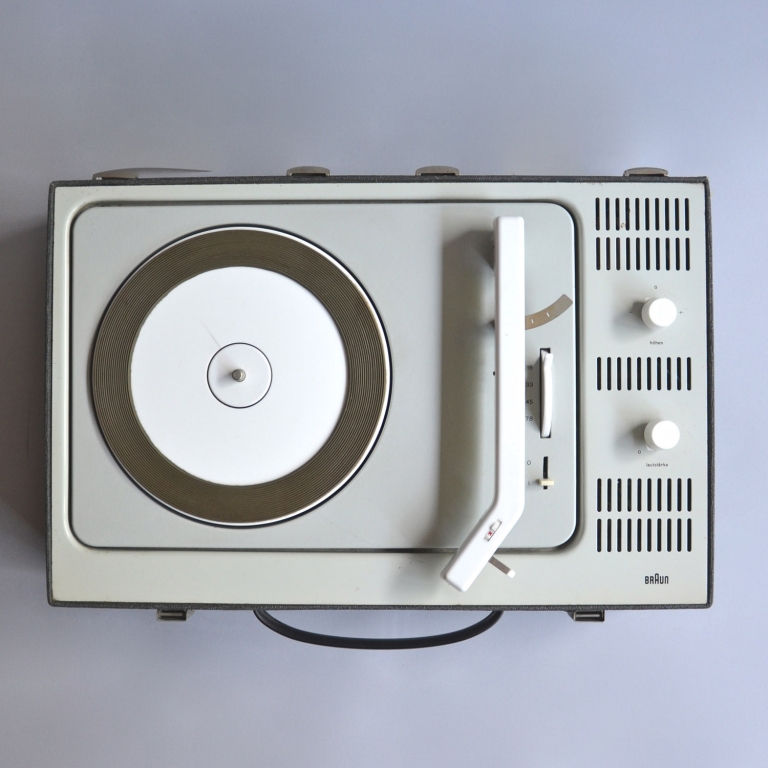 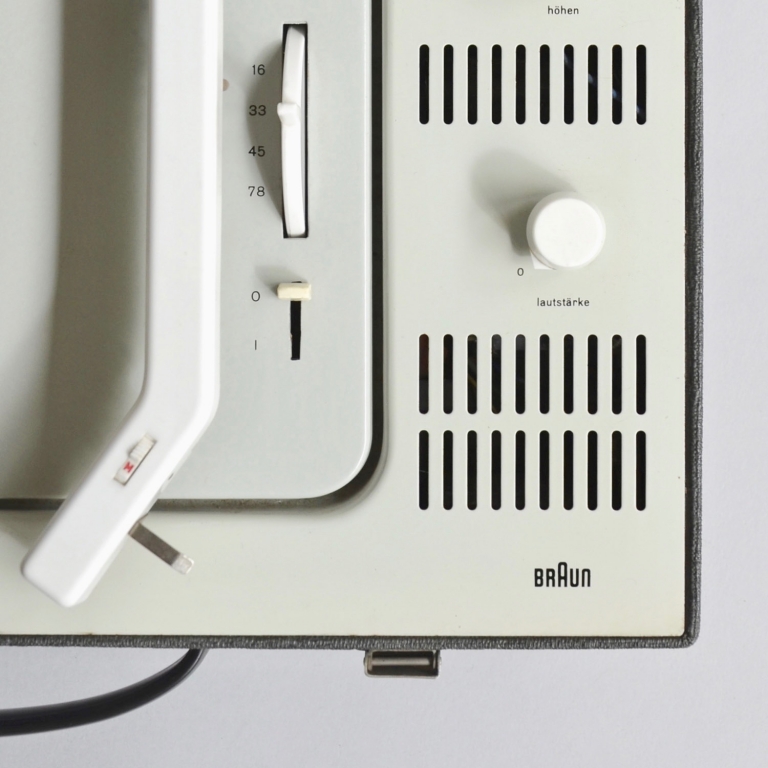 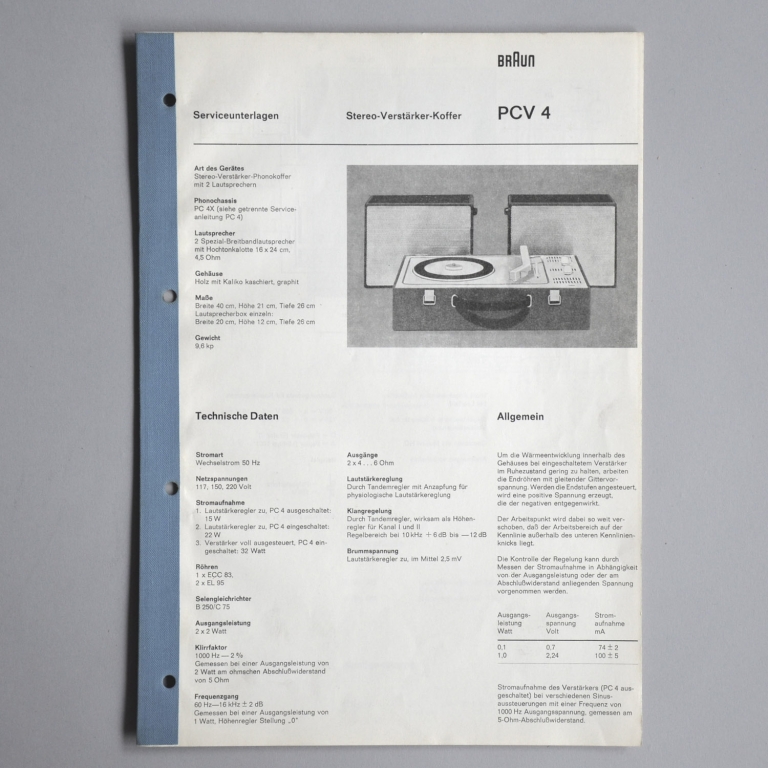 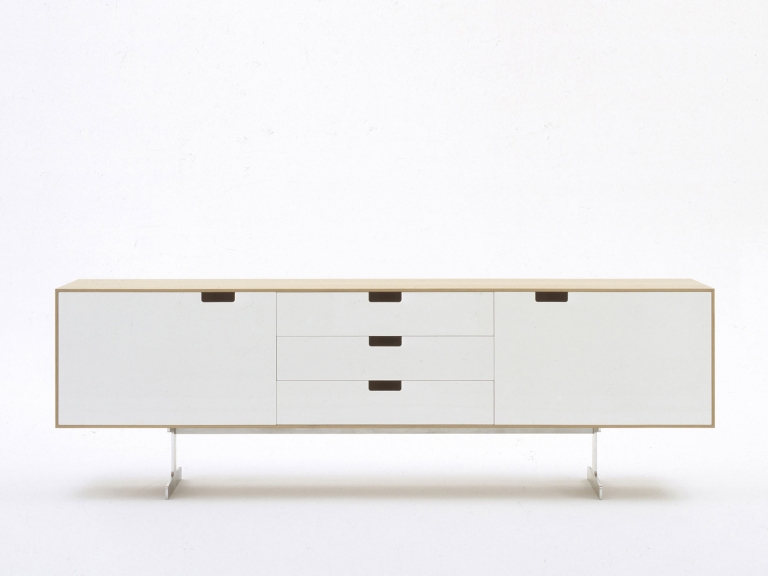 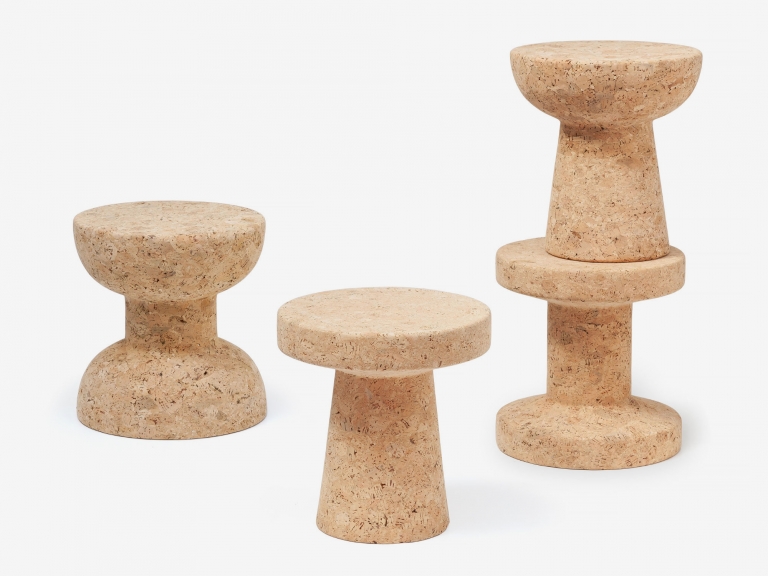